Of course it is always a treat to get a fine old Italian fiddle in the shop to gawk at and obsess over, but it is a real treat when I get a modern masters violin in the workshop to do some repair work to. My latest project was a gorgeous 1989 David Burgess violin.

Burgess has not only won more competitions than any living violin maker, but any violin maker in history! His instruments are absolutely beautiful and it was my honor to repair the damaged varnish on this Burgess violin!

One of my close clients called me and asked about a ‘damaged’ Burgess violin, he had my attention to say the very least! He continued to tell me that while he was ‘cleaning’ his violin some of his varnish was stripped away on one of the violins upper ribs.

I thought no big deal, until I saw that the varnish had been completely wiped away down to bare wood! Needless to say I had my work cut out for me, but I was pleased with the results and enjoyed getting to spend time with a modern masterpiece.

Violins are all the same, right? From the outside world I can see why all violins look the same!

But when you are a maker or a player you appreciate the beauty that instruments have to offer! This instrument wasn’t worth a terrible amount, it was a German violin made back in the late 1800’s and belonged to a good client of mine whose Grandfather use to play it in bars in Germany!

We decided to go ahead and repair the ‘wing’ of the f-hole. It wasn’t a very labor-intensive job, but it had its difficulties. Wood selection is one of the hardest things to do, how am I suppose to make a piece a spruce look 200 years old?

Then on top of that match 200-year-old varnish with the normal wear and tear… I found a piece of old spruce and was able to repair the damaged f-hole.

Another violin was saved and I am happy to say that the great-granddaughter is now enjoying the violin that lived a long life in Germany making it’s way to the USA!

My latest viola build is a copy of one of the most known members of the Guarneri family; Andrea Guarneri. Andrea along with several other great makers apprenticed directly with the great Nicolo Amati.

Among those that apprenticed with Amati Guarneri held true to the Amati tradition. Andrea adopted his maters model so masterfully that some of this works are indistinguishable from his teacher’s. In general Guarneri’s work is somewhat freer and less exact then his master’s, but are nonetheless of a fantastic build. His smaller violas are regarded as some of the best-known violas left in existence today.

There are only 8 surviving examples still around today!

Andrea Guarneri shared his making knowledge with his two sons who assisted him from 1690 on. His sons went on to have their own celebrated careers; they were Giuseppe ‘filius Andrea’ and Pietro of Mantua.

I am loving this latest viola build. I haven’t made a Guarneri viola since my schooling at NBSS.

The viola is slightly larger than 16″ and puts out a huge sound! 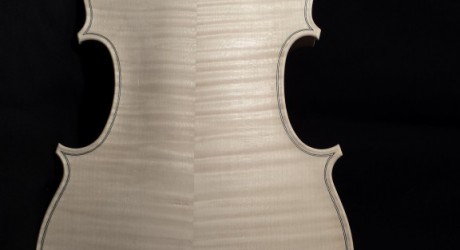 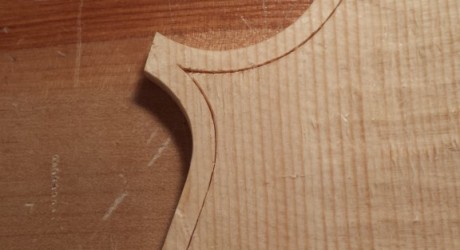 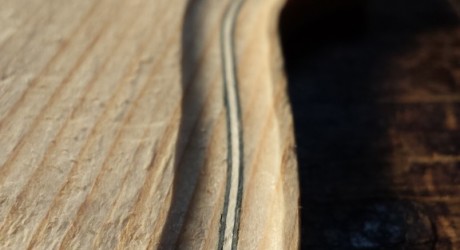 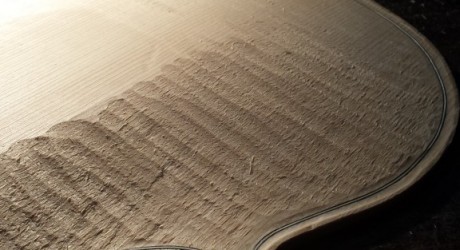 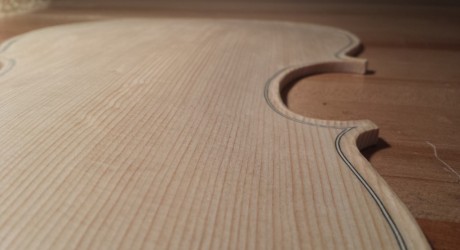 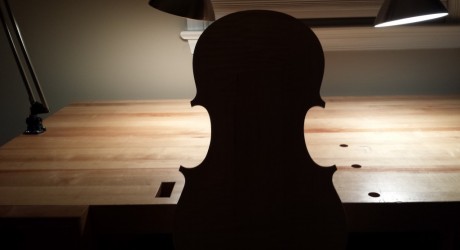 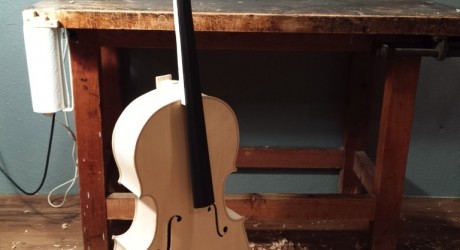 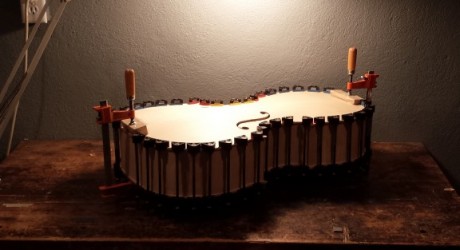 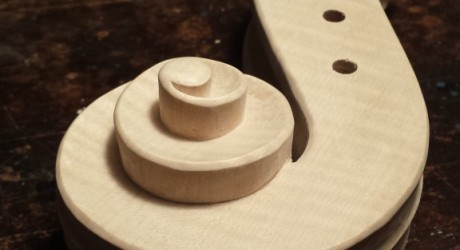